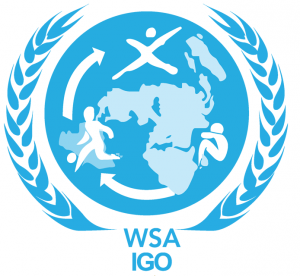 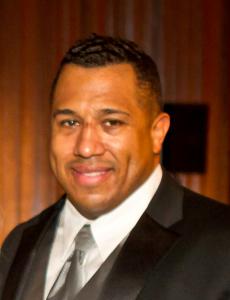 Asa has always had a determination in him that I have seen in many professional athletes and other high achievers.”
— William North 2 X World Series Champion

UN PLAZA, NEW YORK, USA, April 6, 2019 /EINPresswire.com/ — In a nod to his operational success to date, the World Sports Alliance, an intergovernmental organization committed to improving civil society through sports, has announced the appointment of Asa Saint Clair as its President. Mr. Saint Clair previously held the title of World Sports Alliance Treasurer since formally joining the organization in March 2017. Since that time, Mr. Saint Clair has been responsible for a number of noteworthy accomplishments, including sponsorship and licensing agreements within the solar industry, various partnerships in and around the sports world and the United Nations system. World Sports Alliance has also been represented by Mr. saint Clair the last two years at the “UNGSII SDG Lab”, held concurrent to the prestigious World Economic Forum at Davos, Switzerland.

When asked about the new appointment, Mr. Saint Clair said “On this 6th day of April, which is also the International Day of Sport, for Development and Peace, I am honored to be promoted to the esteemed title of President of the World Sports Alliance Intergovernmental Organization. I have spent the last two years working at my maximum output to position the WSA for success in fulfilling its mission. This appointment reflects the culmination of long hours spent consistently and faithfully working toward World Sports Alliance being true to its original mission of social and economic development through sports for our Member States worldwide. While my own sports career carried me through high school, I am a product of the positive benefits that an entire family experiences when sports leads to the professional level, with both my step-father and uncle having professional careers in football and baseball respectfully. Their experiences and influence on me growing up has led to many of the things I have chosen to do with my own life. They instilled in me a belief that all things are possible with hard work, an intelligent strategy and precision execution, all things required to be successful in sports and life itself. It is my sincerest hope to duplicate and spread the upward mobility that sports can offer to young people world-wide. At the World Sports Alliance we say that ‘the world is a better place when we all play sports’ and it is in this spirit that I intend to move the organization forward.”

The Uncle that Mr. Saint Clair is referencing is 2 X World Series ring holder and 2 X American League Most Stolen Bases Champion, Mr. William “Billy" North. Mr. North played for the Oakland A’s from 1973-1977, at a time when the A's were considered one of the most dominant teams in baseball, having swept the world series title three times in a row in 1972, ‘73, ‘74. Mr. North is also a good-will ambassador for World Sports Alliance as a means to help today's youth maximize their potential. When asked about his nephew, Mr. North had this to say, “Starting from a very early age, we always knew Asa was destined for great things. Asa always had a determination in him that I have seen in many professional athletes and other high achievers. It was also apparent from a young age that he has an ability to learn concepts quickly and has the willingness to use his knowledge to try new things. I think that World Sports Alliance is in great hands with him in charge and I am extremely proud of him and his achievements.”

As President of the intergovernmental organization, Mr. Saint Clair oversees a diplomatic organization that currently counts 33 Member States worldwide and is growing. One of the distinct features of the WSA is that it does not collect regular fees from its Member States, but rather relies on entrepreneurial endeavors and Public-Private partnerships as a means to carry out its mission. Mr. Saint Clair is also CEO of the World Sports Alliance’s private equity firm, VO2 Global, which is where all commercial business is conducted on behalf of the organization. VO2 Global is currently involved in a wide variety of endeavors from entertainment, media, energy and mining to environmental science and infrastructure. While these business operations are mostly early stage, they are growing fast and all are committed to sustainable development practices.

World Sports Alliance Intergovernmental Organization was formed in 2007, as the result of a private-public multi-stakeholder partnership initiative under the auspices of the United Nations Department of Economic and Social Affairs (UN DESA) NGO-IRENE. The mission of the organization is the advancement of socio-economic mobility, health and education issues for the approximately 530 million people within WSA’s 33 Member States, using youth sports as a medium. World Sports Alliance operates on the Sport for Development and Peace platform and exists in furtherance of the United Nations Sustainable Development Goals.