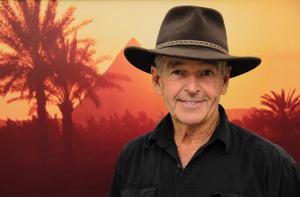 Manpulating Atomic Structure with Human Electricity. This book is a radical reinterpretation of ancient Egyptian Art and Symbolism.

Brown hypothesizes that ancient Egyptian pharaohs understood natural forms of energy, such as static electricity and unseen forms of energy, now referred to by scientists as subtle energy. He believes they were manipulating atomic structure with amped up human electricity, using it as an igniting catalyst to transmute elements as part of their royal duties. Brown asserts that temple carvings and artifacts reveal that the ancient Egyptians could generate electricity and electrify specific parts of the human body. The abundance of gold didn’t represent wealth but was used instead to facilitate remarkable uses of natural forms of energy. There is anecdotal evidence that the ancient Egyptians were able to produce their own gold. The ancient name of Egypt was Khem, from which our word alchemy comes, as well as the ancient tradition of transmuting base metals into gold. Gold would have been the metal of choice since it is the best surface electrical conductor. Brown has concluded that what have been misinterpreted as ceremonies were in fact visual instructions and detailed formulas, which he believes were visual alchemical formulas used to manipulate atomic structure. They were carefully carved on temple walls and painted in tombs throughout Egypt.

Brown’s journey began in 1977 with an epiphany regarding the nature of pyramids and a resulting relentless desire to comprehend the true purpose of the Great Pyramid of Giza. As a professional builder and designer, he further developed a passion to decode the purposefully designed monuments of ancient Egypt. There is considerable disagreement about the interpretation of ancient Egyptian hieroglyphics, and the interpretations don’t correspond with the paintings and reliefs shown on temple walls and tombs. Brown believes these require a radical re-interpretation. He states “Our eyes are the tools for critical interpretation, and the scientific and technological implications for free energy are enormous.”

James Brown has traveled to Egypt multiple times since the 1970s, gathering evidence and data to support his alternative theories and ongoing research. His books are the result of more than forty years of original research and evidence gathered from grassroots research expeditions to Giza, Luxor, Saqqara, Abydos and Abu Simbel. This ongoing research presents compelling evidence that traditional interpretations of ancient Egyptian monuments, artifacts, temple and tomb art, need to be reconsidered and re-evaluated. He plans to build a scale model replica using pyramid geometry, modern materials, and updated methods, to demonstrate that the Great Pyramid’s main purpose was to electrify water.

James Brown has worked as a commercial contractor and builder for five decades. His family-owned construction company has built more than 2,300 homes, commercial buildings, and multi-family dwellings, winning five national awards for energy efficiency in cold weather climates. He describes himself as a practical thinker, and believes that the logic and results of his research need to make practical sense. Since 1977 he has diligently researched how the ancient Egyptians understood and used natural forms of energy such as lightning, static electricity, and telluric currents. In 2015 Brown founded the Ancient Energy Research Center whose mission is to conduct scientific research with natural energy sources such as solar, static electricity, and cold fusion, using innovative methods of experimentation.