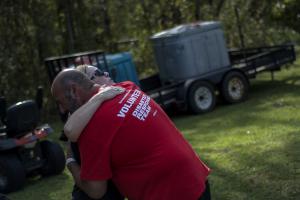 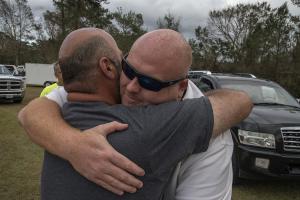 A Hot BBQ Meal Can Save Lives 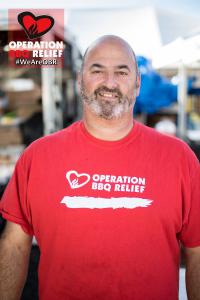 Helping people by providing them with hot BBQ meals served with a side of hope, friendship and compassion during their toughest times following a natural disaster, is at the heart of what OBR does.”
— David Marks

PHILADELPHIA, PA, US, June 26, 2019 /EINPresswire.com/ — David Marks, Chief Marketing Officer of Operation Barbecue Relief (OBR) and Famous Dave’s franchisee, will be a contestant on Amazon Prime’s upcoming reality TV series The Social Movement. This new series, created and Executive Produced by Chris LaVoie, is focused on impacting humanity by seizing on a growing global movement that encourages businesses to develop solutions to the most challenging problems facing the world. Marks will act as Team Leader as they develop a business strategy to solve a socio-economic issue that is impacting the planet. His team will compete against three other teams of entrepreneurs to overcome a series of challenges and pitching rounds.

“I’m very excited to be selected as a part of this creative and challenging program on Amazon Prime. It fits in perfectly with my values in trying to help people in need,” Marks stated. “Helping people by providing them with hot BBQ meals served with a side of hope, friendship and compassion during their toughest times following a natural disaster, is at the heart of what OBR does. It is through my involvement with this amazing organization that I realized how one person’s actions could have such a huge impact. I intend to use that lesson during this competition. “

Marks started as a volunteer with OBR in 2012 after meeting the founders at a national barbecue competition. As a long-time barbecue competitor, Marks recognized the value of its mission and joined the organization. He served as Chief Operating Officer in 2015 and 2016 and was named the Chief Marketing Officer in 2107. Currently, he heads up a team of volunteer marketing professionals from across the U.S. When not in his restaurants, he can often be found in the field handing out that “one hot meal that matters.”

Each contestant will have a selected team of entrepreneurs to assist during the challenges. Marks used his connections and friendships built through years of work as Famous Dave’s franchisee and at OBR to assemble a strong team. “Ultimately our goal is to come up with a solution to a problem, just like all the other teams in this competition,” Marks continued. “I am so humbled to be a part of something like this where everyone’s diverse expertise will be leveraged to help all of humankind. There should be some exciting possibilities with great potential to better the world presented to the judges.”
The finale of the show will be filmed in early July in Montreal and will be released in 2020 as a six-part series.