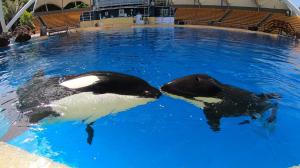 New defeat for the Free Morgan Foundation in the Netherlands 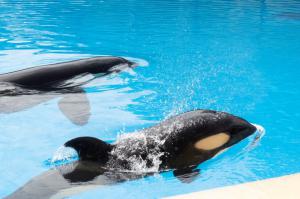 New defeat for the Free Morgan Foundation in the Netherlands 2 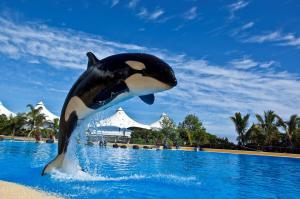 New defeat for the Free Morgan Foundation in the Netherlands 3

Loro Parque wants to remind the FMF that if, on repeated occasions, the CITES entities, the European Parliament and the Dutch judiciary tell them that they are wrong, it is because, they are wrong.”
— Loro Parque's Statement

PUERTO DE LA CRUZ, SANTA CRUZ DE TENERIFE, SPAIN, July 12, 2019 /EINPresswire.com/ — This Wednesday July 10, the Dutch Courts have ruled in favour of Loro Parque in the orca Morgan case, confirming that its CITES permit should not be annulled, as requested by the Free Morgan Foundation. With this ruling by the Supreme Court of the Netherlands, it’s now the tenth time that the authorities have ruled against the various claims made by the activist organisation.

Once again on this occasion, and as all judicial and administrative bodies have repeatedly declared, the Supreme Court of Holland has stressed that Loro Parque has the highest quality facilities and offers the animals excellent welfare conditions.

In addition, the judgment recognises that there is no restriction on breeding Morgan, which was one of the fundamental elements criticised by the Free Morgan Foundation, stating that the animal was used commercially. Thus, it recognises that, although Loro Parque implements other activities besides those exclusively scientific and educational, which justified the CITES permit, this does not prevent this type of activities from also being carried out. Therefore, the Court sees no reason to invalidate the permit.

For Loro Parque, it’s very important that the judicial and administrative bodies with competence in this matter recognise and highlight the excellent conditions of their facilities, for these statements come from bodies and authorities that enjoy absolute impartiality and independence. And all this, in spite of the continuous and disparaging campaigns of these radical groups that permanently strive to defame and discredit using lies and falsehoods, distorting the truth, and which have a clear attitude of contempt for the Courts when they rule against them.

In this regard, the zoo recognised as the best in the world, wants to remind the Free Morgan Foundation that if, on repeated occasions, the CITES authorities, the European Parliament and the Dutch judiciary tell them that they are wrong, it is because, in effect, they are wrong. So, instead of obsessing over Morgan, perhaps they should devote their efforts to protecting the endangered wild populations of orcas. For the tenth time: enough of wasting Spanish, Dutch and European institutions' time and resources.

Morgan’s History
The orca Morgan has been in the care of Loro Parque since 2011. The decision to transfer her to OrcaOcean's spacious and fully-equipped facilities in Loro Parque was taken in order to provide her with adequate living conditions and, in particular, to meet her needs for social interaction. It should be borne in mind that this decision was taken at that time by the Dutch authorities (based on the opinions of independent experts) because Morgan's return to nature was an unviable option and the only other option for this animal was euthanasia.

Loro Parque is supported by all the relevant administrative bodies (CITES in the Netherlands and Spain, the Spanish Zoos Inspectorate and the Spanish animal welfare authorities), which reject the FMF's demands and interpretations of the CITES permit. Therefore, FMF is the only entity that supports the position of releasing the animal.

Morgan’s State of Health
Over the last years, Morgan has been living in Loro Parque under the care of a team of veterinary professionals and caregivers; her overall condition is excellent. She has gained more than 1,100 kg since her arrival at the Parque and her size is now comparable to that of other females her age.

Although she was diagnosed with deafness by an independent group of researchers, her caregivers have been able to establish a complete communication system using a network of lights – a pioneering and unique method worldwide, that has been developed for an orca with a disability. Thanks to the dedicated attention of her caregivers and this adapted system, she is able to join the group in all its activities despite her condition.

Morgan is completely integrated in the group and has established social relationships with all the orcas at Loro Parque. What’s more she has also had her first calf, Ula, who will celebrate its first birthday in September.

Accreditations
Loro Parque is a zoological facility accredited under the European Zoo Directive, strictly following all applicable laws and regulations regarding this practice. In addition, the Parque is inspected annually by the competent authorities and applies the highest standards in orca management, as endorsed by the European Association of Zoos and Aquariums, the European Aquatic Mammal Association; as well as independent organisations such as American Humane, ABTA, Biosphere Parks, etc. In both 2017 and 2018, Loro Parque was chosen for the prize as the best zoo in the world in the TripAdvisor Travellers' Choice Awards.