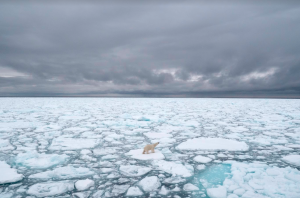 A lone polar bear stands on Arctic sea ice. Increasing temperatures have caused longer ice-free seasons in recent years and is a direct threat to polar bears who rely on it to survive. ©BJ Kirschhoffer/polarbearsinternational.org. 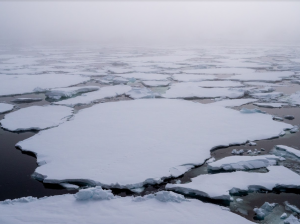 Sea ice is to the Arctic ecosystem what soil is to the forest ©Kt Miller/polarbearsinternational.org. 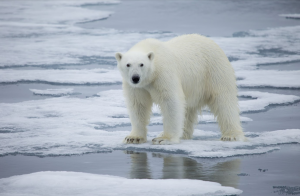 CHURCHILL, MANITOBA, CANADA, July 15, 2019 /EINPresswire.com/ — Arctic Sea Ice Day, created by Polar Bears International (PBI), is a day to call attention to the meltdown taking place in the Arctic, why it matters, and how we can help. On July 15th, Polar Bears International encourages people around the world to support efforts to save sea ice through a shift to renewable energy and away from fossil fuels.

“Polar bears need sea ice to travel, hunt, mate, and sometimes den,” says Alysa McCall, Staff Scientist and Director of Conservation Outreach at Polar Bears International. “But it’s not just about polar bears. Sea ice is important to other wildlife and to people around the globe. Sea ice serves as the earth’s air conditioner, helping to keep our planet cool.Sea ice is also used by walrus and other animals as a platform to breed and raise their young, as well as Northern communities who rely on it for transportation and access to food.”

As the Arctic warms, in some regions, like Hudson Bay, sea ice is melting earlier in the summer and freeze up is happening later in the fall. This has impacts on polar bears who use it to hunt their main prey— seals. In the Western Hudson Bay, this means polar bears are forced to wait on land without food for about a month longer than 30 to 40 years ago. Recent data shows the population has declined by 30% since the 1980s.

Research shows that Arctic sea ice is disappearing due to human-caused climate change. While sea ice varies year to year, scientists look at long-term trends. These show that sea ice is far below the historic average, and most important, the ice is now much thinner. At the same time, parts of the Arctic—including the Bering, Chukchi, and Southern Beaufort seas—are experiencing historic lows, and the June Arctic sea ice extent was the second lowest in the satellite record.

Despite the threats, there is still time to take action and reverse the negative trends.

“Without sea ice, polar bears will decline in both range and numbers, making them more vulnerable to extinction in the future,” says McCall. “It is important to remember that future generations of polar bears and people depend on the decisions and plans we make for our planet today. There is still hope— we can choose a future that includes polar bears and sea ice for generations to come.”

About Polar Bears International
Polar Bears International's mission is to conserve polar bears and the sea ice they depend on. Through media, science, and advocacy, we work to inspire people to care about the Arctic, the threats to its future, and the connection between this remote region and our global climate. For more information, visit www.polarbearsinternational.org.