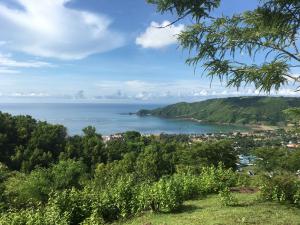 LOMBOK, KUTA, INDONESIA, August 22, 2019 /EINPresswire.com/ — Kuta Beach, Lombok, August 2019 – While Bali shines bright as one of the world’s top tourist destinations, the neighbouring island of Lombok is about to have its turn in the spotlight, and real estate investors are taking notice. Long overlooked and almost entirely untouched, Lombok – much like Bali 30 years ago – is a land of rugged natural beauty, rich traditional culture, and a peaceful island lifestyle. In 2017 Indonesia President Joko Widodo declared Lombok and nine other regions, the 10 “New Bali’s,”- the up-and-coming hotspots. With that, Lombok, and specifically the Kuta Beach region in the south, is about to enter the world scene with billions of dollars of funding for infrastructure and development, starting with a large-scale commercial and hospitality Mandalika Resort Project and the hosting of the MotoGP in 2021. The real estate values surrounding this market are set to explode, with much of the lands currently untouched.

Lombok is in the region of West Nusa Tenggara and has been a hidden gem, a tropical island paradise away from crowds, popular for diving and trekking Indonesia’s second highest volcano – Mount Rinjani. President Jokowi and his Tourism Ministry see the island’s great potential. His plans for growing tourism to Indonesia are ambitious, with an agenda to attract more than 20 million international tourists by the end of 2019. The “New Bali’s” were selected as destinations where there is already an attraction, and that it can be cultivated with dedicated funding for infrastructure development and overall improvements for access, available services and amenities.

The Tourism Ministry has pledged over US$65 million, to growing the Kuta Beach region’s MICE (Meetings, Incentives, Conventions and Exhibitions) market, and potential for hosting large-scale events, corporate meetings and exhibitions. The first and largest endeavour is the Mandalika Resort Project, a US$3 billion development on the southern edge of Lombok. Currently under construction on a 1,175-hectare plot of land, the Mandalika will house 12,000 hotel rooms, with brands such as Pullman, Paramount Resort, Club Med, Grand Mercure Hotel. There will also be 350,000m2 of commercial space, a 78-berth yacht marina, a water park, and theme park within the destination.

Local governments mandate new tourism builds to have 51% dedicated ‘green space’ to for preservation of the land and culture. With Mandalika, there will not only be an eco-park and green spaces, but also solar energy farms and Sea Water Reverse Osmosis (SWRO) plants for desalination and clean drinking water in the Kuta region.

Kuta Beach will also be centre stage in 2021, when the region plays host to the MotoGP, Indonesia’s first world-class racing event in more than two decades. The monumental was signed in January 2019 with Dorna Sports the MotoGP operator, and construction will begin in October on the 4.32-kilometer street circuit race track winding through the South Lombok region. Build of the track is a partnership between the ITDC and France’s Vinci Construction Grand Projects, for US$ 1-billion deal for a 15-year development of the race track , underground utilities system, roads and highways, as well as a hotel and hospital along the course. The race is expected to draw more than 150,000 spectators and a global audience of over 430 million.

In just a few years since Jokowi set his agenda, Lombok is on course to achieve the goal of becoming a “New Bali”. Access to the island is in continuous improvement, with the state airport operator PT Angkasa Pura I (AP I) allocating more than USD $14 million in budget funds to be used for upgrades for terminal infrastructure and expansions at Lombok International Airport. In May 2019 AirAsia, the leading airline carrier for Southeast Asia, chose Lombok as its newest hub, and announced new daily direct flights from Perth and Kuala Lumpur, joining flights from Singapore on SilkAir.

KUTA BEACH REAL ESTATE
Land prices on Lombok and are just a fraction of those in Bali making Lombok property investment the clear choice. Access to the island continues to improve. And the place with the most potential and interest is surrounding the town of Kuta Beach.

Sitting just above the beaches and bay of Kuta Beach, are more than 200 lots of lush, undeveloped land on 27 hectares. This is Kuta Heights Development (KHD), a private residential community within minutes of the shops and restaurants of Kuta Beach. KHD has lots ranging from 500m2 to 10,000m2, ideal for private homes and villas, but also for commercial ventures such as holistic or healing retreats, or small corporate and private getaways, surf and yoga camps. The surrounding scenery is stunning. There are panoramic views of sunrise and sunsets, and the modern design of the entire development has a commitment to being eco-friendly, sustaining and preserving the island’s natural beauty. Within the development there are vast green and social spaces overlooking the Kuta Green jungles.

Not only is the setting of KHD beautiful, but it is also convenient. The more than 200 lots are the closest development to the town of Kuta Beach, and they are five minutes from the modern Mandalika Resort Project. It is also only 20 minutes from the airport, just off directly off a new bypass highway. There is surfing, paragliding, diving, golf, and yoga, all within close proximity, along with an international school within walking distance to the entrance of the development. KHD is affordable and accessible, with AA land prices starting at US $24 m2 and home build prices starting at US $500 m2.

The highly-trained team of Lombok real estate experts at KHD can help any investor through the process of buying, from start to finish. They are well-versed in the ever-changing lombok property for sale, Indonesian land and ownership laws, and the lots are fully up-to-date with all permits and allowances, including the secure HGB (“Right to Use Building”), allowing the construction and ownership of buildings on land, with titles held by Indonesian citizens and/or entities established under the Indonesian law and doing business in Indonesia, including PMA companies.