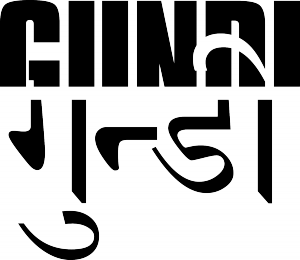 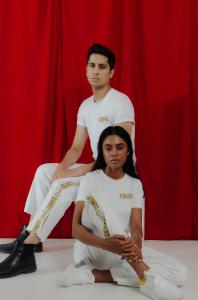 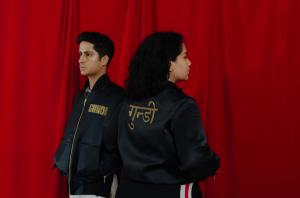 Gundi Studios will host a popup at Studio 220 Brick Lane, London from 3 October to 7 October 2019

We're a slow fashion brand and believe clothes are artifacts that should be maintained for a long time so we want people to have the chance to see them up close before making a purchase.”
— Natasha Sumant, founder of Gundi Studios

SHOREDITCH, LONDON, UNITED KINGDOM, September 17, 2019 /EINPresswire.com/ — Gundi Studios, the streetwear label and progressive media brand that celebrates outspoken South Asian womxn in motherland, diaspora and beyond today announced its upcoming popup at Studio 220 Brick Lane, London, from 3 October to 7 October 2019. The Gundi popup will include an opening party for guests. Gundi Studios’ core mission is to honour and support women through fashion and art in partnership with suppliers that meaningfully impact them.

Gundi Studios was founded by Natasha Sumant, a creative director based between Brooklyn and Bombay, to honour desi womxn through a collection of handmade streetwear created through a woman-centered supply chain in India. Desi womxn are all women, including transgender women, of South Asian descent, including India, Pakistan, Bangladesh, Nepal, and Sri Lanka and their respective diasporas.

Gundi is the Hindi word for ‘female-thug’ or ‘gangsta’, a colloquialism used to describe girls who misbehave. The brand was launched in 2017 in response to the lack of representation of assertive and independent South Asian women.

In 2019, Gundi Studios is going on tour, and will be hosting week-long popups on three continents: in Bombay, New York, and London. As well as offering the Gundi community the opportunity to see and try on Gundi clothing, each space will feature an immersive art installation, host community events, and bring together a group of key South Asian influencers to create a local ‘Gundi Gang’.

“We're taking our collection on tour to give people the chance to experience our brand and what we stand for in person,” says Natasha Sumant, founder of Gundi Studios. “We're a slow fashion brand and believe clothes are artefacts that should be maintained for a long time so we want people to have the chance to see them up close before making a purchase.”

“Everything we do has a feminist slant,” says Sumant. “The clothes in our collection have design details that reference resistance movements, we prioritise working with suppliers that create meaningful opportunities for women, and our art depicts and celebrates bold and independent women.”

The Gundi range of streetwear-inspired styles is available for pre-order on the Gundi website. For more information about Gundi Studios and their upcoming popup at Studio 220 Brick Lane, London from 3 October to 7 October 2019, or to view the collection, visit www.gundistudios.com

About Gundi Studios
Gundi Studios is a slow fashion and progressive media brand founded by Natasha Sumant in 2017 to celebrate South Asian womxn in motherland, diaspora and beyond. Gundi clothing is designed to outlast fashion trends and made to last by a small and dedicated teams of artisans, embroiderers and tailors based in India. Gundi Studios keeps ancient craft and its surrounding community alive with streetwear-inspired styles that are embroidered using the aari, zari, and cut dana techniques traditionally used on sarees and burkas. Gundi produces a limited number of styles in small batches to build long standing relationships with suppliers, ensure fair wages, and reduce waste. www.gundistudios.com