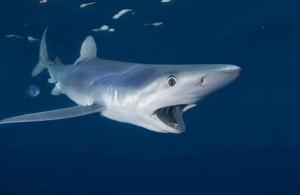 Sharks are in dire need of protection from finning 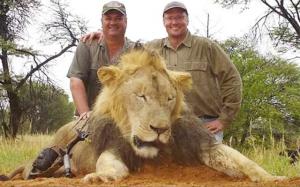 Cecil the lion killed in Zimbabwe by American dentist

Sharks should not be chopped up for their fins, tigers shouldn’t live in basements or backyards, and lions and elephants shouldn’t be shot in a head-hunting gambit. ”
— Marty Irby, executive director at Animal Wellness Action

“Sharks should not be chopped up for their fins, tigers shouldn’t live in basements or backyards, and lions and elephants shouldn’t be shot in a head-hunting gambit,” said Marty Irby, executive director of Animal Wellness Action. “We applaud Chairman Grijalva’s leadership and the tireless work of Delegate Sablan, and Reps. McCaul, Quigley, and Fitzpatrick to advance these important wildlife measures.”

“I thank my committee colleagues for joining me today in approving the Shark Fin Sales Elimination Act,” said Delegate Gregario Kilili Sablan (D-MP-At Large). “The bill has 230 bipartisan cosponsors. 12 states and 3 territories already have a shark fin ban in place. 4 of 5 Americans support a national ban. And over 630 private companies and major corporations have endorsed my bill. This important, commonsense legislation is necessary to effectively curtail the shark fin trade. But we must continue working – to get the bill to the House floor, have the Senate pass Senator Booker’s companion bill, and get it to the President’s desk.”

“Today’s mark-up is long overdue,” said Rep. Michael McCaul (R-TX). “As many as 73 million shark fins end up on the market each year, with an increasing number of species facing extinction. Sharks serve as an indicator of the overall health of our ocean and a decline in their population will directly affect our marine ecosystem. Ensuring their survival is of paramount importance.”

“Too often, private owners of big cats are unequipped to care for these wild animals, leading to dangerous situations for first responders, the public, and the animals themselves,” said Rep. Mike Quigley (D-IL). “I’m pleased that Chairman Grijalva and the Natural Resources Committee are advancing my legislation to restrict ownership of big cats only to those properly prepared to care for them. It is my hope that it will soon be brought to the floor for a vote and that my colleagues will support this important legislation.”

The Shark Fin Sales Elimination Act, led by U.S. Delegate Gregario Sablan (D-MP-At Large) and Rep. Michael McCaul (R-TX), has 231 cosponsors and expands on the Shark Finning Prohibition Act of 2000 and the Shark Conservation Act of 2010. While those laws banned shark finning and the transportation of fins on U.S. vessels, this measure would strengthen current law by prohibiting the trade of shark fins and allow for better enforcement of the law. It’s counterpart in the Senate, S. 877, led by Sens. Cory Booker (D-NJ) and Shelly Capito (R-WV), was reported out of committee at the end of April.

The Big Cat Public Safety Act, led by U.S. Reps. Mike Quigley (D-IL) and Brian Fitzpatrick (R-PA), has 124 cosponsors and prohibits the ownership of dangerous big cats and makes it illegal for exhibitors to allow public contact with cubs. Irresponsible breeding, inhumane living conditions, and public exploitation is a serious problem in the U.S., and caging these wild animals also present a terrible threat to human safety. State laws regarding private ownership of big cats are inconsistent or nonexistent, which is why a uniform federal law is necessary to end this dangerous industry once and for all.

The CECIL Act, led by Chairman Grijalva, and named in memory of Cecil the lion – killed in 2015 by American dentist and big game hunter Walter Palmer – prevents the issuance of import permits for trophies from certain endangered or threatened species. These animals are already subject to a range of human-caused threats that have dramatically reduced their numbers.