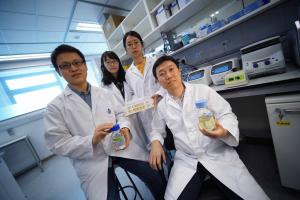 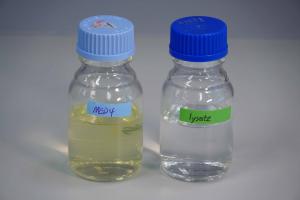 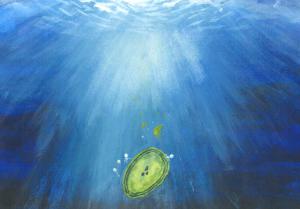 Drawing of an infected cyanobacteria in the ocean

Researchers from HKUST discovered a mechanism that may eventually help an eco-friendly aquatic bacteria clean up more carbon dioxide in the oceans.

Now that we know viral infection can be affected by the circadian rhythm and the light-dark cycle, it may offer insights to drug development against human viruses.”
— Prof. ZENG Qinglu

HONG KONG, CHINA, October 3, 2019 /EINPresswire.com/ — Oxygen levels in the oceans have depleted over the past few decades* due to global warming and emissions of greenhouse gas, causing pollution and disrupting our ecosystem. In efforts to curb the trend, researchers from the Hong Kong University of Science and Technology (HKUST) discovered a mechanism that may eventually help an eco-friendly aquatic bacteria clean up more carbon dioxide in the oceans and produce more marine oxygen.

Like trees on land, cyanobacteria, or what commonly known as blue-green algae, perform photosynthesis in the oceans. They provide oxygen for marine life and absorb over 20% of the world’s total carbon emission. However, natural predation and virus infection kill nearly half of the world’s cyanobacteria on a daily basis. A virus called cyanophage alone, wipes out one fifth of the total cyanobacterial population every day.

A research team led by Prof. ZENG Qinglu, Associate Professor of the Department of Ocean Science at HKUST, has recently discovered how the virus cyanophage comes to kill that eco-friendly bacteria. After five years of study, it was found for the first time that the weapon that cyanophage used against its host was in fact the energy emitted from the host’s photosynthetic activity. Laboratory experiment using cultured cyanophages has revealed that cyanophage cannot fully function in darkness, yet, the algae was still killed at night. It was because the virus has completed the infection process during daytime – fueled by the energy they obtained from the blue green algae’s photosynthesis activities, eventually causing the disintegration of its cell structure at night. Many living organisms, including humans who are active during the day and rest at night, follow diurnal rthyms, but this is the first time diurnal rhtyhms are also observed in viruses.

“By knowing how the light-dark cycle controls the infection process of cyanophage, not only can it help minimize the risk of infection for cynobacteria, thereby boosting its ability to absorb CO2 to help slow down global warming, but may also shed light on future research into medication against viruses,” Prof. Zeng said. “Many human diseases are caused by human viruses, now that we know viral infection can be affected by the circadian rhythm and the light-dark cycle, it may offer insights to drug development against human viruses.”

The findings were recently published in scientific journal Proceedings of the National Academy of Sciences of the United States of America (PNAS) (https://www.pnas.org/content/116/28/14077).

* According to a scientific research published in Nature in 2017 (https://www.nature.com/articles/nature21399), the oceans had lost more than 2 per cent of oxygen over the past 50 years, and the pace is expected to quicken to up to 7 per cent over the next 80 years, causing potentially detrimental damages to fisheries and coastal economies.