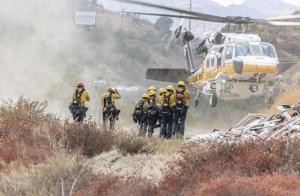 Some 1,000 firefighters are battling the Saddleridge Fire in San Fernando Valley. 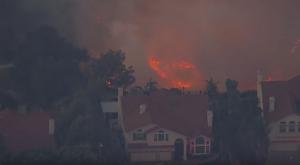 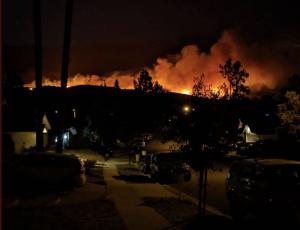 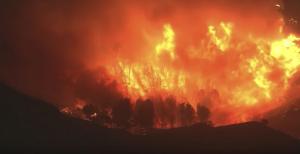 The Saddleridge Fire has burned through 7,500 acres and is only 3 percent contained.

Help is urgently needed to support the firefighters and emergency personnel battling the fire.

LOS ANGELES, CALIFORNIA, UNITED STATES, October 11, 2019 /EINPresswire.com/ — Some 1,000 firefighters, 8 helicopters and fixed-wing air tankers are battling to gain control of the Saddleridge Fire that has destroyed at least 25 homes and burned more than 7,500 acres in the northern foothills of the San Fernando Valley since it began Thursday night.

Winds gusting 50 miles per hour are driving the blaze through an estimated 800 acres per hour, according to Los Angeles Fire Department Chief Ralph Terrazas. “You can imagine the embers from the wind have been traveling at significant distances, which cause other fires to start,” he said.

Officials have ordered the mandatory evacuation of 23,000 homes north of the 118 Freeway and extending to the Ventura County line, and they warn other communities to be ready to leave instantly if needed.

The Scientology Volunteer Minister disaster coordinator urges anyone who can help to call the Church of Scientology Los Angeles at (424) 201-2109 which is serving as disaster response headquarters.