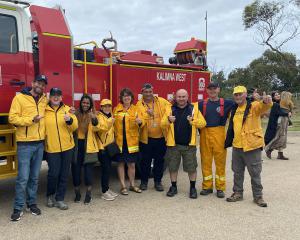 Since the fires started in November, Scientology Volunteer Ministers have been helping firefighters and those affected. 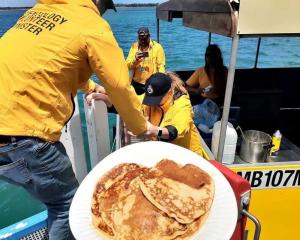 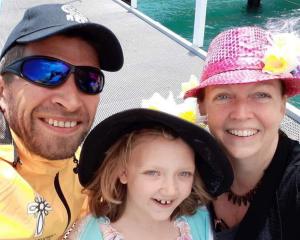 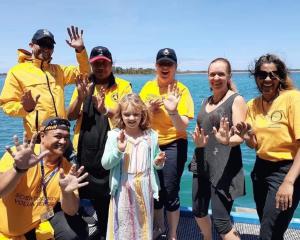 Helping to brighten things up in the wake of the Australian bushfires.

LOS ANGELES, CALIFORNIA, UNITED STATES, January 21, 2020 /EINPresswire.com/ — If anything good has come from the devastating bushfires that have engulfed Australia since November, it is the affirmation of the spirit of the wonderful people of this country. That is the lesson a team of Scientology Volunteer Ministers has taken from their work helping firefighters and those whose communities have been casualties of the conflagration.

Over the past two months, they have served thousands of meals and provided one-on-one help to thousands more. They have mended fences, organized supplies and, most recently, lifted spirits with their recipe for, of all things, banana pancakes.

A woman describes how she and her daughter were sitting on a jetty:

“Five or ten minutes passed with us sitting in relative silence enjoying the view. The place is pretty much deserted as most holidaymakers left over a week ago when the fires were threatening and evacuation orders were in place.”

Then out of nowhere the bright yellow BBQ boat of the Scientology Volunteer Ministers appeared.

“‘Do you want some pancakes? They offered in cheery voices. Sure, I exclaimed, thinking they were joking.

“Next thing you know they had reversed their boat back to us, pulled into the jetty, handed us a plate stacked high with freshly cooked banana pancakes and maple syrup (one was even heart shaped <3 ) and then asked me if I wanted a massage!! A special kind of massage to calm the nervous system. At which point I burst into tears. Because yes … my nervous system is pretty frazzled… They whipped out a massage table and proceeded to give me a massage right there on the jetty!

“They also danced for us …. They chatted with me and Sophie. They took her for a paddle in the lake. They exuded good spirit, their smiles were broad, their hugs were heartfelt and Sophie and I both had sore faces from smiling so much by the time they left.

“Turns out these outstanding examples of human beings have been volunteering for the last two months providing food and massages to people on the front lines … firefighters, weary people who have lost homes or been through the fear of losing everything. Today was their first day off together in a long while and they are still out there giving to others.

“It's hard to describe what a gift this whole interaction was. I'm feeling rejuvenated and refreshed. Sophie says it was the best thing of the whole holiday. And yes, my nervous system is definitely feeling calmer. A great reminder that choosing what you know you need rather than following along with everyone else can lead to better experiences than you can possibly predict.”

Watch films based on the tools of the Volunteer Minister on the Scientology Network.