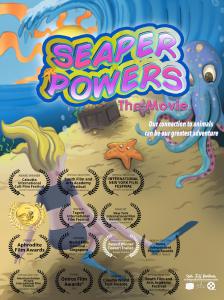 Seaper Powers The Movie Poster (To be released in late 2020) 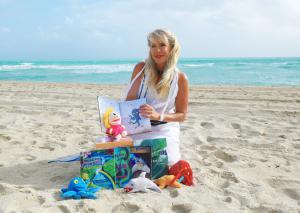 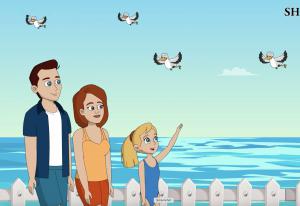 A still image from Seaper Powers The Movie

Seaper Powers The Movie features the adventures of a little girl named, Emma and her sea-creature friends with an underlying theme of oceanic conservation.

Our connection to animals can be our greatest adventure.”
— Kim Cameron

MIAMI, FL, USA, May 27, 2020 /EINPresswire.com/ — Side FX Partners, LLC is excited to announce that their upcoming animated film, ‘Seaper Powers The Movie’, is already showing early success in the film festival circuit.

Created by Kim Cameron (who created, wrote, directed, and produced the project), the Seaper Powers series includes five books, a soundtrack, toys, and the new upcoming animated feature film, all of which follow the adventures of Emma and her sea creature friends. The latest book, “In Search of Blue Jays Treasure” has been recognized by the Purple Dragon Book Awards. Ms. Cameron has been touring elementary schools and libraries across the country reading her stories and encouraging children to respect the ocean and the animals who live there because “our connection to animals can be our greatest adventure”, says Cameron.

“I am honored to be recognized by these prestigious film festivals.  It is one of my many dreams come true.” -Kim Cameron.

Last month, “Seaper Powers The Movie Soundtrack” was released worldwide and includes 18 ocean themed tracks that are featured in the film. The first single, Mr. Octopus, was released in November 2019 and the video was featured on YouTube Kids. The music matches the ocean theme of the book and film with an eclectic mix of reggae beats, calypso, deep house sounds, electro-pop, rap, children's pop, and tropical jazzy notes. Musical voices and talent for the music include, Kim Cameron, John DePatie, Kris Pierce, Leo “DaVincci” Mayorga, among others. The music can be found on all major platforms including Spotify and Apple Music.

‘Seaper Powers The Movie’ is expected to be released later this year.

For more information on Seaper Powers, please visit his website at www.SeaperPowers.com.