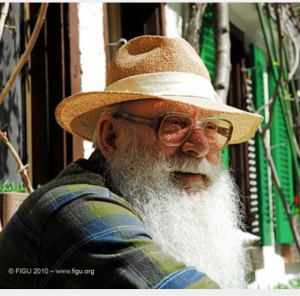 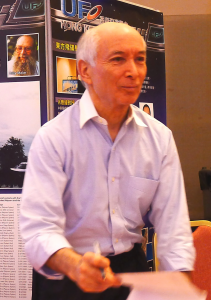 One needn’t accept that the source is extraterrestrial but only focus on its impeccable accuracy. But the question still is, how did Mr. Meier know all of it before our own official sources?”
— Michael Horn

FLAGSTAFF, AZ, USA, July 28, 2020 /EINPresswire.com/ — Evidence shows that the information from 83 year-old Swiss man Billy Meier, that COVID-19 was already a pandemic, was first published by American publisher, Michael Horn, on February 25th, over two weeks before the official announcement by the WHO substantiated it.

Many more of Mr. Meier’s facts about the disease have also been published by Horn and – subsequently – confirmed by the WHO, CDC, etc.

Horn explained, “We have absolutely ironclad legal proof of first publication, which simultaneously corroborates Mr. Meier's claims that the scientific information has been provided to him by human beings from another star system, for the past 78 years. One doesn’t have to rely on any ‘experts’ to understand the following:

“Copyrights are an internationally recognized, legal standard for proof of first publication. This applies to books, songs and scientific information, etc. Anyone can confirm for themselves that we published the COVID-19 information on the specified dates and that – in every case so far – the official sources only ‘discovered’ and published it after we did, sometimes weeks or months later.

“The person who verifiably, published something first, prevails as the original author or source. It happens in court rooms all the time. One needn’t accept that the source is extraterrestrial but only focus on its impeccable accuracy. But, when you go over each one of the 20 examples of this error-free information, the question still is, how did Mr. Meier know all of it before our own official sources?

“What this means to the average person – and scientists alike – is that an impeccably accurate source, in advance of our own scientists, is demonstrating their existence and knowledge in an elegant and extremely helpful way, if we have the common sense to recognize and welcome it. The exponential spread of the disease is largely due to ignoring the warnings regarding masks, social distancing, self-isolation, etc. – which were first published by Mr. Meier – so we've literally put our own future survival, and certainly the economy, at risk.

"Information alone isn’t enough unless it leads to understanding. Understanding leads to knowledge and, as we’ve often heard, knowledge is power. There should be an immediate investigation into this information and publication of the official findings. And for those who can think for themselves, if you understand what you’ve read, and gained knowledge from it, you already have the power to better protect your life and that of your loved ones.”