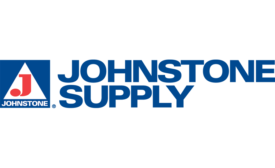 Despite emerging from the pandemic, 187 HARDI wholesalers have remained active and participated in our latest contest.”
— Danielle Myers

The continued support and participation by HARDI wholesalers demonstrate their commitment to a greener environment,” said Danielle Myers, operations and compliance manager, TRC. “Despite the extra burden HARDI members faced during the pandemic, many continued their high standards in recycling mercury-containing thermostats. We applaud their efforts.”

TRC reports 81.2 pounds of mercury, including more than 8,400 mercury-containing thermostats, have been recycled from 187 wholesalers through June in the BMOP contest, which began May 1 and ends Oct. 30.

The contest recognizes members of Heating Air-Conditioning Refrigeration Distributors International (HARDI) that collect the most mercury-containing thermostats. TRC publicly acknowledges the top three recyclers in various categories during HARDI’s annual conference. This year, the conference is in Palm Desert, California, from Dec. 4 to 7.

HARDI is the largest and most successful trade association representing the HVACR distributors in the United States.

“Despite emerging from the pandemic, 187 HARDI wholesalers have remained active and participated in our latest contest,” said Myers. “It shows the strength of our partnership and should serve as a reminder that there is still time for wholesalers to contribute because the contest doesn’t end until Oct. 30.”

About Thermostat Recycling Corporation
Thermostat Recycling Corporation, founded in 1998, is an industry-funded nonprofit corporation supported by 30 manufacturers that historically branded and sold mercury thermostats in the United States. TRC maintains a network of more than 3,600 collection sites nationwide and has recovered more than 2.7 million thermostats containing 12 tons of mercury since its inception. TRC assumes all costs to transport and properly dispose of mercury switch thermostats recovered from service. Learn more about TRC at thermostat-recycle.org.