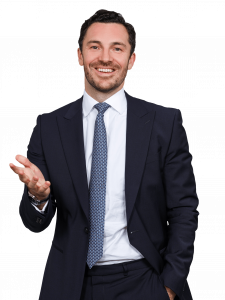 Understanding how the flow of capital can help solve the climate crisis could be the single most important action of our generation.

It's our hope these recent reports will galvanize quicker political action and leave the investment industry in no doubt that understanding the flow of capital can help solve the climate crisis…”
— Graeme Baker, Co-Portfolio Manager for Ninety One

NEW YORK, NEW YORK, UNITED STATES, August 31, 2021 /EINPresswire.com/ — The summer of 2021, with its record-breaking heat waves, devastating floods and wildfires, has vividly illustrated the realities of climate change. This season has served as an uncomfortable reminder that the climate crisis has still barely been addressed, and it is clear that we urgently need to do much, much more as a global economy. This also means that tackling this problem presents us with significant growth opportunities.

We’re not moving fast enough
The 16th edition of the World Economic Forum's Global Risks Report reminds us, once again, that failure to take action on climate change is the biggest risk that we face as a species. In fact, it’s the top risk not just by impact but also by likelihood.

The UN IPCC’s Sixth Assessment Report confirms with science what we have all feared to be true – that humanity has had an ‘unequivocal’ influence on global warming and that widespread and rapid changes to the climate system have already begun. Every 0.1 degree of warming matters and, unless urgent action is taken to decarbonize our global economy, global warming of 1.5°C and even 2°C (vs pre-industrial levels) will be exceeded in the current century.

Five years after the Paris Agreement (COP21), in which political leaders pledged Nationally Determined Contributions (NDCs) to curb greenhouse gas emissions, many of those NDCs are up for renewal with leaders needing to pledge ahead of COP26. The UN Interim Synthesis Report released in February this year states that many regions’ pledges and NDCs have not been ambitious enough, potentially yielding the equivalent of a mere 0.5% reduction in emissions from 2010 to 2030, when this figure should be closer to 45%. So as we head towards COP26, we hope to see more positive news and announcements from many countries around the world.

Once-in-a-lifetime investment opportunities abound
The scale of the immense change in how we function as economies means that we have a rare opportunity to invest to support the step change needed. The latest International Energy Agency (IEA) Report highlights that a four-fold increase in wind, solar and renewable energy capacity is required by 2030 from where we are today. It also states that, by 2030, the number of electric cars on the road needs to increase by 18 times and the annual battery production for electric vehicles by 41 times.

This means that significantly more capital must be spent in these areas, and the focus needs to shift to sustainable supply chains. The report further states that we need to spend over $4 trillion by 2030 if we are to have any hope of getting to net zero – a huge increase from the just under $1 trillion that’s been spent over the last few years.

Can we eat our way to net zero?
At Ninety One, we believe this provides an exciting, long-term, potentially once-in-a-lifetime structural growth opportunity for investors. An important point to highlight is that the IEA Report focuses only on the energy system, which accounts for about two-thirds of global carbon emissions. There are additional areas that we believe should be prioritized, and one of these is the future of food.

The global population is expected to increase to nine billion by 2050. To meet the demand associated with this number of people, food production will need to increase by 70%. What’s more, we need to achieve this in a carbon-efficient way, with less land and in increasingly challenging environmental conditions. Almost 20% of global carbon emissions are derived from ‘growing things’ for consumption – whether that’s plants or animals – and it is becoming quite clear that massive change in agriculture, livestock and the supply chain is urgently needed to decarbonise this sector across the world.

One area where we have carried out significant research is the decarbonization of meat. We see significant potential for growth in plant- and cellular-based meat because they have significantly lower carbon emissions relative to what they are replacing within the meat supply chain. We expect this market to potentially grow from tens of billions of dollars currently to over $300 billion by 2035.

Other opportunities include the natural-based products and enzymes used in plant- and cellular-based meat alternatives; and biochemicals and biosurfactants. Producers of these are helping to replace petrochemicals in many different industries, for example, the use of natural products to improve crop yields and resource efficiency when growing plants for consumption.

It’s no longer responsible or even viable to maintain current forms of agriculture, infrastructure, urban planning, land use, and economic development. Global movements on climate change have put pressure on leaders to take action and address the climate crisis like never before, and what is decided by their pledges ahead of COP26 will be key to how effective countries are at tackling the climate crisis in the next ten years.

It is our sincere hope that the findings of recent reports will galvanize far quicker political action, and leave the investment industry in no doubt that understanding how the flow of capital can help solve the climate crisis will be the single most important action of our generation.

Disclaimer
All investments carry the risk of capital loss. The information contained in this press release is intended primarily for journalists and should not be relied upon by private investors or any other persons to make financial decisions. Furthermore, the material contained herein is for informational purposes only and should not be construed as an offer, or solicitation of an offer, to buy or sell securities either generally or in any jurisdiction where the offer or sale is not permitted. Offers are made only by prospectus or other offering materials and upon an investor meeting certain suitability standards and any other applicable requirements as required by law.