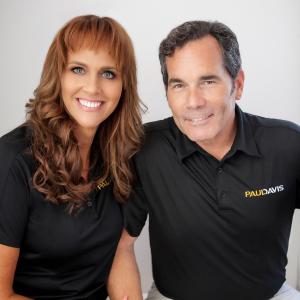 SANTA CLARITA, CALIFORNIA, UNITED STATES, October 7, 2021 /EINPresswire.com/ — Joel Moss does not mince words when he describes the everyday work of Paul Davis Restoration of Santa Clarita, one of the most trusted brands in the insurance restoration industry: “This industry is reactive, fast-paced and challenging with high demands,” he says matter-of-factly. With the recent Dixie fire – the largest in California’s recorded history consuming over 500k acres – raging in Northern California, the Mosses know firsthand what dangers can be wrought, professionally… and personally. We stand ready to assist in the clean up after this event. Like we have in past years for the Sand fire, Creek, Skirball, Thomas, Tick, Wolsey Fire and the Napa fires in ’20.

In October 2019, the Tick fire forced a mass evacuation of more than 40,000 residents in northern Los Angeles County, including the Mosses. But that never stopped them and their entire Paul Davis team from supporting homeowners at local evacuation centers and in their own neighborhoods.

“Being able to assist so many of our friends and neighbors during that massive wildfire helped Susan and I worry less about our own home, which was also under evacuation orders at the time. The huge need gave us a purpose and we focused intensely on helping our community recover,” Joel Moss said. “The Tick fire burned thousands of acres and left hundreds of homes in need of restoration – and not just from flames. People think that if your house didn’t burn, everything’s OK – but so many of our clients sustained horrible smoke damage. And many of them reported breathing problems on top of contents damage. It was fulfilling to help so many of our neighbors put their lives back together, while also protecting their health and the health of their loved ones.”

Joel Moss, 59, had been a licensed general contractor since 1988 and in 2010 the couple looked to expand Joel’s construction business and considered adding mitigation services. “However, we found it very difficult to do independently,” Susan Moss said. “In 2011 we began to investigate buying a Paul Davis franchise. The interview was successful, and we found the company to have strong business ethics and integrity.

Ten years later, the Mosses have plans to become one of the top 20 performing franchises in the Paul Davis network within the next five years. They’ve accomplished their success by keeping an extremely keen eye on detail and organization. On the reconstruction side, they plan, organize, direct, control and evaluate construction projects from start to finish according to schedule, specification and budget. On the mitigation side, they establish relationships with agents and adjusters and property managers by communication with insurance companies and clients, monitor guidelines and quality work specific to insurance programs and more.

The Mosses truly never know what they will encounter when they open their office doors each morning. For example, last year their work included the restoration of a Santa Clarita home of which 80 percent was affected by a fire resulting from a neighbor shooting off illegal fireworks. Smoke was in the walls, furniture, and all of the family’s possessions. The fire department had to break ceilings to put out embers, the roof was destroyed, as well as damage to the kitchen, bedrooms, and plumbing. "We were on the scene ASAP with a contents crew and mitigation team. We packed out and transported all of the contents to our Valencia facility for deodorizing, cleaning and storage until the repairs were complete and cleaned up and removed the burned materials, framing, drywall and more,” recalled Maria Melikian of Paul Davis, in describing only the start of Paul Davis’ work.

During the social unrest of last year, the Paul Davis team found themselves doing quite a bit of commercial work. They boarded up a major retail chain store in the Santa Monica area after looters struck. “Another restoration company was afraid to go into the area because of the continued social unrest, yet we secured the property,” Joel Moss said. “We also did preemptive structure protection during that period in time to prevent looting of property damage during demonstrations in the area.”

Looking back, the Mosses were destined to do the work they do. When the couple first met, Susan had experienced terrible water damage to her home. But even though Joel was a contractor at the time, a mitigation company had to be brought in to restore her home. “We ended up getting married and opening our own mitigation company. It was fate,” Joel Moss said.

Paul Davis is on track to have 350 franchises by the end of the year and has California territories available in Simi Valley, San Fernando, Santa Monica, and Pasadena.

For further queries about a Paul Davis franchise in California contact john.conway@pauldavis.com