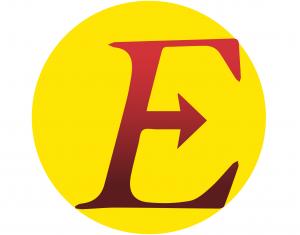 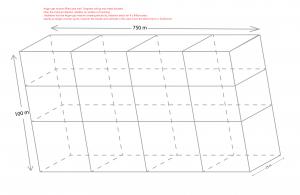 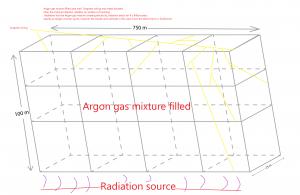 CiRN in 1 year from the Doran (Lacana) Uranium deposit in Quebec, would destroy global warming by astonishingly eliminating the equivalent of 2,900+ years of current World coal mining production,”
— Marino Specogna

CiRN Specogna ionization plant only over the 1 Uranium deposit, in one year would eliminate 2,900+ years of current World Coal mining production or the equivalent of 13,700+ Nuclear Plants. CiRN destroying global warming with sustainable 4.5 billion years of energy. CiRN coin would be the only form of payment for the use of the technology and electrical production.

The Doran (Lacana) Uranium deposit was delineated by third party historic drilling, over a length of 720+ meters and a width of 15+ meters. The proposed Specogna ionization plant would measure 750 meters and 25 meters width to cover the buried Uranium deposit and be built to a 100 meter height. The Specogna ionization plant uses a 1908 technological discovery in use today, the Geiger counter. The Geiger counter has only been used to detect radiation by radiation hitting Argon gas mixture creating electricity immediately but the electricity is then only used to power a reading and sound. The Specogna ionization plant will move the electricity immediately generated when radiation hits the Argon gas mixture to a transformer rather than to a reading and sound meter.

The energy dissipating daily from the Doran (Lacana) Uranium deposit, that hosts at least 2,850,000 kg of Uranium, is at least 68.4 Trillion kwh of energy at any one time, since the radiation is instantaneously being emitted from this deposit, or 1.644 Trillion MW of energy. This energy figure is derived from calculations based on www.nei.org, where 1kg Uranium produces 24,000,000 kwh energy, compared to 1kg coal producing 8 kwh, and mineral oils producing 12 kwh.

The Specogna ionization plant setup over the Doran (Lacana) Uranium deposit, would eliminate 20,500 TRILLION kg per year (20.50 TRILLION tonnes) of Coal burned or mined, based on 1.644 Trillion MW divided by 8 kwh per 1 kg of coal. This is 2,900+ years of earth (world) coal mining production eliminated by one Specogna ionization plant during 1 year of electricity production, or, since on average Nuclear power plants produce 119.88 million MW, eliminating 13,700+ Nuclear power plants, AND THE URANIUM ENERGY FOR THE SPECOGNA iONIZATION PLANT DISSIPATES FOR 4.5 BILLION YEARS. The calculations generating these figures were based on data from the following third party websites, using the annual world coal production pegged at over 7 Billion tonnes per year from www.nrcan.gc.ca , the www.nei.org website data used for energy equivalents, and the www.nei.org website used for the 119.88 million MW energy on average of Nuclear power plants, and the historic third party data on the Doran (Lacana) Uranium deposit obtained from Government of Quebec eSigeom information systems .

CiRN Specogna ionization plant setups, can be small or larger than the proposed Doran (Lacana) Uranium deposit plant setup. The plants can hoover over occurrences or deposits as Argon is lighter than air. Electric power lines move electricity from remote areas, the same is proposed for remote Uranium occurrences or deposits and any location a CiRN Specogna ionization plant is established. The cost of nuclear power plants is over US$14 billion, and involves mining disturbance of Uranium and nuclear waste production that needs to be removed to isolated areas and exists for 4.5 Billion years. The CiRN technologies, however, applied only over and around NATURALLY occurring Uranium, would be a fraction of the cost but generate the equivalent energy of 2,900+ years of coal production and the equivalent of 13,700+ Nuclear power plants. That would eliminate coal mining tonnage equivalent to 2,900+ years of coal production for energy, or eliminate the existence of 13,700+ Nuclear power plants and resulting waste, and no more potential Chernobyl or Fukushima or Three mile Island disasters. All these power plants however can still be utilized for storage and distribution of CiRN produced energy.

Marino Specogna stated "This is disruptive technology. This CiRN technology implementation is similar to the current Electric Vehicle production, both are technologies discovered in the late 19th centuries and early 20th century, and both can go hand in hand using CiRN clean, naturally occurring energy while destroying global warming and global climate change. The sad part, and exciting part at the same time, about implementing this technology, is the fact so many have never utilized the this 1908 technological and chemical discovery to produce energy in this manner. CiRN can destroy global warming and destroy global climate change."

CiRN swaps on UNISWAP V3, and more info can be viewed at www.cirn.one .

If you work in nano material technology, or nanobot technology and want to implement your technology contact CiRN, if you own an uranium occurrence or uranium deposit or a radiation source anywhere in the world contact CiRN at pr@cirn.one , we would like to hear from you and collaborate for a sustainable Earth.