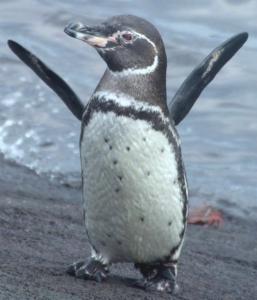 Penguins arrived in Galapagos from Antarctica by riding the Humboldt current. 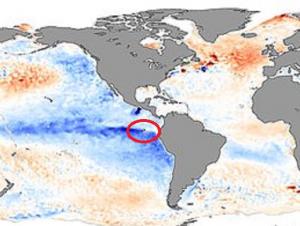 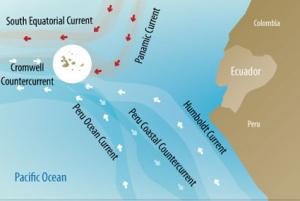 The "La Niña" climate event is happening in the tropical Pacific and expected to last well into the new year. What does it mean for Galapagos?

Be ready for cooler waters in the next few months. A wetsuit will be much appreciated. But otherwise, expect to see just as much wildlife, both above and below the water. ”
— Heather Blenkiron, TridAdvisor Destination Expert for Galapagos

The US National Oceanic and Atmospheric Administration (NOAA) has published an advisory on the return of La Niña conditions in the tropical Pacific, with an 87% likelihood these conditions will last into the first months of 2022. What does that mean for a Galapagos bound traveller?

La Niña conditions are brought about by the presence of steady winds blowing westward across the tropical Pacific, pushing warmer waters away from the South American coastline. In doing so, they draw cooler, deeper waters up, which in turn make their way westwards, washing over the Galapagos.

Even in a normal year, most visitors to the Galapagos islands are surprised by the unexpectedly cool waters there – we tend to assume that because the islands straddle the Equator, waters would be very warm. Our expectations are confounded by the fact that the Galapagos islands are in an area where several ocean currents converge. These main currents are the Humboldt, coming from Antarctica (bringing cold water), the warm water Panama current, and the cold Cromwell current, which rises out of the deep from the west.

Over the course of a typical year, the Panama current has a high influence on Galapagos from about January to April/May, warning up the waters to the point where most of us can do without a wetsuit (except maybe in the western shores where the Cromwell current keeps things cool). For the rest of the year, the cooler Humboldt current makes itself felt. As a result, water temperatures can vary by up to 5C (9F) between the seasons (i.e., go from 24C/75F to 19C/66C – though there is a lot of variability).

With the onset of a La Niña, it is likely that the warmer waters will not return in the new year, as usual. This means that visitors who may have forgone the use of a wetsuit this coming January – April will more likely want to put one on when out snorkeling. La Niña also brings drier conditions to the islands. On a typical year, most of the annual rainfall in Galapagos occurs between January and April, through occasional short-lived, but intense (and very impressive) tropical downpours. Less rain will result in less vegetation, fewer insects and a generally impoverished food chain for species that depend on terrestrial ecosystems. This will affect land birds (think Galapagos finches) who may have more difficulties raising their young.

Life in Galapagos has evolved over hundreds of thousands and even millions of years while being subjected to La Niña and El Niño events. While such events result in harsh conditions for some Galapagos species, these very same events have contributed to the evolutionary pressures that have led to the unique collection of endemic species in Galapagos.