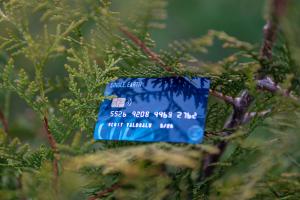 Single.Earth is launching a new nature-backed payment method that offers consumers a solution to cap the global emissions.

The governments are busy making pledges, but we took the initiative to challenge the status quo and built a solution.”
— Merit Valdsalu, Single.Earth CEO and co-founder

Since the 2015 Paris accord, which set an aspirational target of capping global warming at 1.5C, growing scientific evidence has shown that crossing the threshold would unleash more floods, droughts, wildfires and storms, with irreversible consequences.

In Glasgow, at COP26, the world leaders have held many speeches and made pledges that environmentalists and scientists see as inadequate.

“The governments are busy making pledges, but we took the initiative to challenge the status quo and built a solution. In essence, when our new payment method is backed with natural assets, we cap the economy with how much nature can sustain, including how much carbon emissions nature is able to capture,” said Merit Valdsalu, CEO and co-founder of Single.Earth.

Single.Earth models the capacity of nature in terms of carbon and biodiversity. Using satellite imagery, big data analysis, and machine learning, it has built a digital twin of the planet Earth, describing how nature works.
“We have thousands of satellites orbiting around Earth, and space agencies have been observing our planet for decades. It’s time to put this data in use,” CTO and co-founder Andrus Aaslaid reflects. “Our digital twin combines all these data sources together to empower every consumer to take action and protect nature better than we have been able before.”

Single.Earth tokenizes nature for its ecological value – carbon sequestration, storage, and biodiversity. It emits a token to the landowner for every 100 kilograms of carbon dioxide captured in biodiverse nature.
Single.Earth empowers consumers to save the nature around them and thus slow global warming with every single transaction. By making saving the world easy and convenient, it will become a normal part of everyday life for all, the company envisions.

The 2019-founded Single.Earth received one of the largest Seed rounds in Estonia to date in summer 2021, $7.9 million led by EQT Ventures and participated by Icebreaker.vc and Pipedrive founders Ragnar Sass and Martin Henk. Since then the team has grown from eight to some 60 people, including a climate science team of 15 coming from Harvard, UC Berkeley, Imperial College London, and others.

Before the final push of the negotiations in Glasgow the United Nations had already said climate commitments made during the talks were too little to tame global warming and had urged countries to “get to work”.

“When countries ‘get to work’ after Glasgow they start from a clean sheet – there are no solutions available beyond pledges and heavy subsidies for coal plants to close. We have built the base for the nature-backed economy,” said Aaslaid.

Single.Earth is inviting all to join the growing community fighting global warming and sign up at www.single.earth/pay