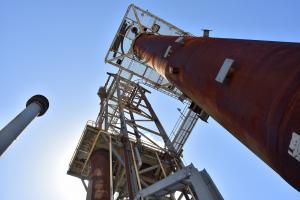 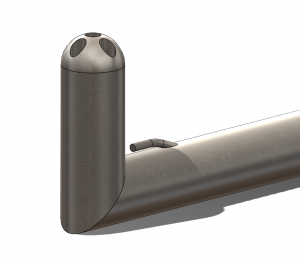 The Non-Nulling Data Acquisition™ (NNDAQ™) system measures the flow rate of a gas in transport ducts or stacks.

This funding is going to be critical to the development of the automated sampling system, which will greatly improve test times and efficiency.”
— Matthew Gentry

LIVONIA, MICHIGAN, UNITED STATES, November 23, 2021 /EINPresswire.com/ — Airflow Sciences Corporation, a fluid dynamics engineering company, is the recipient of a Small Business Innovative Research (SBIR) Phase II grant from the U.S. Department of Commerce’s National Institute of Standards and Technology (NIST). This $400,000 grant will support the development of a new, innovative system that will allow for more accurate emissions measurement of smokestacks.

In an age where industrial and energy emissions account for over half of the global carbon footprint, with many countries adopting emissions reduction goals, the ability to accurately and quickly assess emissions levels is more critical than ever. The testing required for accurate emissions reporting in the power industry is known for being time-consuming. At the same time, the test methods that are less time-intensive are prone to error, because they attempt to measure flow velocity without accounting for 3D flow direction. The partnership between NIST and Airflow Sciences aims to bring flow testing into the modern era, with improved accuracy, greater automation, and simpler testing protocols. The project is also being championed by the Electric Power Research Institute, a collaboration of power companies that are interested in improving emissions testing technology.

NIST has been developing a “non-nulling” methodology for flow measurement over the last five years. This methodology makes it possible to collect fully 3D data without the need to null, or rotate, the measurement probe. As a result, test times are significantly reduced, while the high accuracy of a 3D flow test is maintained. Airflow Sciences has been working with NIST for over three years, developing test hardware to transition the non-nulling methodology from the laboratory to the stack.

A new data acquisition system, the NNDAQ, was developed under a previous SBIR project. The NNDAQ is easy for new technicians, rugged enough for industrial use, and more accurate than current testing methods. This Phase II project will concentrate on developing a fully automated system for probe movement, which will further improve the speed and accuracy of non-nulling testing.

“This funding is going to be critical to the development of the automated sampling system, which will greatly improve test times and efficiency,” says Matthew Gentry, a Senior Engineer at Airflow Sciences. Mr. Gentry is the Principal Investigator on the SBIR project and is an industry expert in flow testing. “We are also concentrating on expanding the relevance of the test methodology to other applications, including fan performance testing, HVAC, refineries, heat exchangers, and more,” he adds. “It is a really exciting time in the development of this non-nulling test methodology.”

The system advancements from Airflow Sciences are a much-needed step toward environmental testing that isn’t burdensome for power companies and other end users. Boasting all these improvements, it’s easy to see why this testing system could even lead the way to increased monitoring outside of the U.S., where fewer resources are typically devoted to emissions testing.

Non-automated versions of the NNDAQ, developed under a previous NIST SBIR, are currently in production, with deliveries beginning in early 2022. The automated system is expected to be available for purchase in mid to late 2022.